We’re Off to Buy a Blue Dress! 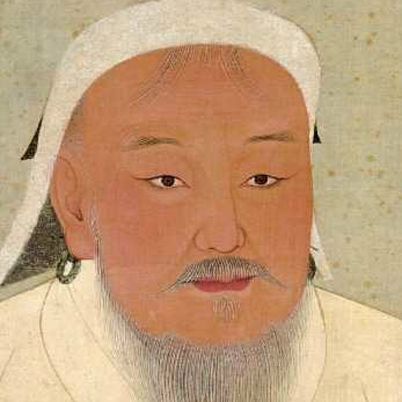 We join our family in the middle of its journey from the confounding boutiques of Pittsburgh, past the many byways and Subways of Pennsyltucky, to the bazaars of the King of Prussia on the banks* of Philadelphia.

*PNC and Wells Fargo, mostly, but I think there’s a First National ATM near the food court.

One of Your Daughters (either “Sami” or “Maddie”; check for straight hair):  GOD.  This is taking forever and there isn’t enough room in this car anymore, and Daniel keeps putting his big stupid head on my shoulder.  And I’m bored.  Can we play Ghost?

Everyone Who Isn’t Wearing Headphones: No.

Podcast: The Mongol leader Ghengis Khan displays an unmatched level of strategic genius while moving against both Northern China and

Your Son (loudly, taking earbud out of ear):  What the–?  Why are you shoving me?

Your Fiance:  What what?

Podcast:  Civilizations are left stunned, and millions are slaughtered

You (making a face you can’t describe, because you’re not looking in a mirror):  [?]

The One With Wavy Hair (loudly, taking earbud out of ear):  What?

The One With Straight Hair:  Jack has a ‘g.’

The One With Wavy Hair (blinking):  A gee what?

The One With Wavy Hair (blinking):   Wait, what?

The Exposition Fairy:  He has the letter ‘g.’  We’re playing Ghost, which is a word game wherein the first player gives a letter and the subsequent players add to it while trying not to make words.  However, if challenged, a player has to have an actual word in mind that could be spelled with that particular sequence of letters.  If a player does spell an entire word, that round of play stops, and the player is given a letter from the word ‘ghost.’  If he receives all the letters of the word ‘ghost,’ he is out of the game.  Daniel and Maddie–

The One With Straight Hair:  My name is SAMI.

The Exposition Fairy:  Daniel and Sami are saying that Jack has a ‘g,’ because he played ‘b-i,’ which is, technically, a word, but of course they know that anything under three letters doesn’t count.

An Actual Ghost In Your Car:  I don’t quite understand.  Could you give an example?

The Exposition Fairy:  No.  Studies show that most people won’t read blog posts that run over 900 words.

The One With Straight Hair:  Daniel, shut up.

Podcast:  with locations as far apart as Europe and China feeling the bloody effects of Mongol war and retribution.

Your Son:  Could you turn that off?

Your Fiance:  No.  The driver gets to pick the podcasts.

Your Son:  I meant the Sami.  Could you turn it off?

Your Fiance:  Why don’t you put your headphones back on?

The One With Wavy Hair:  So wait, are we playing Ghost or not?

Podcast:  The death of Ghengis Khan should have slowed the momentum of the Mongol conquests, but instead, it accelerated it.

You:  Could we stop at the next oasis and then play Ghost?

Your Fiance:  You want to stop again?

You:  Look, two miles to next oasis.  You have to get over soon.

Your Fiance:  I would, but I can’t see if it’s clear or not.  Daniel’s big stupid head is in the way.

The One With Wavy Hair:  That’s not very nice.  He can’t help it if he’s stupid.

You:  I don’t know why you have to drive in the left lane in the first place.

Your Fiance:  I don’t know why we have to stop again.  We just stopped an hour ago.  Are you okay?

Anyone Who Read “Sidebar: Medical Science”:  No.

Your Fiance:  No, no, we’ll stop.  I just need Daniel to duck so I can see in the rearview.

You:  Daniel, could you duck?

The One With Straight Hair:  He has his headphones on.  [Shoving] Daniel, duck!

Your Son: [Something in Japanese that probably isn’t very nice.]

The One With Straight Hair:  [Something in English that definitely isn’t very nice.]

An Actual Ghost in Your Car:  Wait, he speaks Japanese?

Your Son:  Look, I took the middle seat because no one else would, okay?  Give me a break.  And I’m the only one in this car who needs the leg room!

Your Fiance: Besides I.

Your Fiance:  You don’t need the leg room.

The One With The Straight Hair: She meant that you used the wrong word.  You should have said ‘me’ instead of ‘I.’

Your Fiance:  You don’t need the leg room, either.

The Exposition Fairy:  Let it be noted that Your Fiance looked at The One With The Wavy Hair when saying this.

The One With Wavy Hair:  You know, maybe it wouldn’t be so crowded in here if we hadn’t brought the Exposition Fairy along.

You:  Guys, I know the Exposition Fairy makes things tight around here, but it’s going to be part of our family soon.  You’re just going to have to get used to it, eventually.

The Exposition Fairy:  Me makes things tight?  What about the Actual Ghost?

Actual Ghost in Your Car:  I think we just missed the exit.  Anyone want to play a round of I?

Podcast: The Mongol incursion may have ushered in the modern era.  But at what cost?