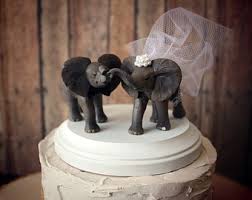 Look, as much as I’ve dreaded this discussion, there’s really no way to keep talking about buying a dress for your midlife wedding if we aren’t eventually going to acknowledge the big fat elephant spinning around in the middle of this blog.

The elephant which, if you’re anything like me, is you.

Or rather, your image of you, forged some thirty or forty years ago when your mother went on the Grapefruit Diet for the seventh time, or your babysitter fed you and your siblings Mac ‘n’ Cheese while she dined on a single chocolate “appetite suppressant” called, unfortunately, “Ayds,” or you practiced for a pool party by making sure that your thighs made no contact with anything (a lawn chair, for example) that might cause them to expand, so you developed this weird cowboy posture where you sucked in your tummy and bent your knees to raise your thighs, even when you were standing, as though perpetually reaching into your holsters to draw your guns.

I know what you’re thinking (because yours isn’t so much a Poker Face as it is a face for, say, Go Fish).  You’re thinking: I hope nobody just saw me try that cowboy thing.

You’re maybe also thinking: But Heather, you’re kind of little.  Surely you don’t think of yourself as an elephant?

No?  Hang on a minute: you’re squinting, and the corners of your mouth are drawn down in disgust.  I think I’ve got it!  Was it: Fuck you, Size 2?

If so, then that is pretty much what I would say to me if I could somehow crawl up the ladder out of my own fucked-upedness, pulling myself hand over hand past Charlie’s Angels and Jane Fonda “workouts” and Monica and Rachel and skinny jeans with cropped tops and one-piece bathing suits with cutouts and my friend Valerie in her size-two jeans and a belt one week after giving birth and the Spanx that you wear under your Spanx to smooth them out and my mother on her deathbed, happy that, bronchiolitis obliterans aside, at least she was finally losing weight.

But I can’t.  I’ll be 52 years old next week, and I can safely say that the last time I put a piece of food in my mouth without thinking of the effect it would have on my body was back in the 8th — or maybe even the 7th — grade.  With the exception of my pregnancies, I have spent the majority of my adult life gaining or losing the same ten damn pounds, but the times when I’ve been the most comfortable in my skin have been when things that were trying to kill it (cigarettes; poverty; collagenous colitis) had managed to do what self-control alone could not, and shrink it down around my bones.

Needless to say, I did not take it well when menopause struck, and my metabolism, like a man in a truck in a country song, done up and left me for a younger gal.

Particularly since that abandonment happened to coincide with the advent of the first occasion in years when people would be taking pictures of me for reasons other than family portraits at b’nai mitzvot or for making themselves look better in their Facebook selfie photo albums*.

I didn’t actually clock it, but I’m willing to bet that about five minutes after the shock of getting engaged had worn off, some electrical current in my brain flipped the Uh Oh, Now We Really Have to Lose Weight! switch, sending my inner elephant spinning like a chubby ballerina in a great big honkin’ jewelry box.

And oh, for the week or two that followed, how my elephant and I spun.

Along with a bazillion other brides and their bazillion inner elephants (Bridezillaphants: so much more terrifying than your little candy-ass Bridezillas).

In fact, losing weight for your wedding is an actual thing, with an actual, google-able name: enter “Wedding Weight,” and you pull up not ten, not twenty, but more than thirty pages of links to magical advice for losing the necessary amount of weight to fit into that too-small dress you bought because you wouldn’t want to look like you in a dress that fits.

Among the many articles to scroll quickly past are “Losing Weight in Time for the Wedding” (from the NYTimes.com); “Wedding Diet Tips: Brides Reveal Their Best Weight-Loss Secrets” (Shape.com); Fitness Magazine’s “The Buff Bride’s Handbook”; and, from a site called “SparkPeople,” “20 Tips to Lose Weight for your Wedding” (elegantly subtitled “How to Lose the Bulge Before your Big Day,” and including that evergreen piece of advice,  “Don’t let yourself get to hungry.”  Because, you know, once you get to hungry, you have to stay there.  There are no cabs in hungry that will take you back).

But here was the problem (okay, the ostensible problem; see “ladder out of my own fucked-upedness” for the baseline psychosis): none of that stuff was going to work for me.

Because I was already doing pretty much everything that could be done just to not gain weight (let alone lose it). I seldom ate two full meals a day, let alone three, and I ran at least three miles a day for at least six days a week.  Oh, I could probably have cut out my midday candy and my evening vodka and thrown in an extra mile or two here or there, but it wouldn’t have made more than a pound or two’s worth of difference now that my metabolism was living with that thirty-year old slut in her trailer park (except that I would be definitely be crankier, if a person could even imagine going with me to that dark a place.  And if you can, I beg of you: do not linger.  Get a cab, and come quickly back).

And with my luck, upping the exercise would just wind up blowing out my knees, and then how would I be able to do the cowboy stance?

Nope, I told myself, I was in good enough shape as it was.  Sure, I wasn’t the thinnest I’d ever been, but I wasn’t the fattest.  At 5 feet and almost 1 inch, I go up or down a size for every three to five pounds I gain or lose, unless I wear clothes made entirely of Lycra, and back then I was sort of holding steady at around a size 6, a size plenty of middle-aged women would be happy to shoot for at the end of their weight-loss plans.  Why put myself through this nonsense? I asked (ignoring my inner Pete Townshend, who was asking the musical question, Who the fuck are you?).

And so, breaking with nearly forty years of programming, I did a manual override, and turned my spinning elephant off.

After a bumpy start (see most of the previous blog entries), I bought myself a lovely blue lace dress, in a size 6 Petite (see photo at “Meanopause, the Musical”), put it in my closet, and crossed off “Find a dress” from my vast and growing Wedding To-Do list.

In terms of body image, I had never been healthier in my entire life.

And then I got really sick, and accidentally lost the same ten stupid pounds.

Pardon me while I use this ladder to climb up on my elephant, who is also me (and so, by extension, you), so that we might spin while we’re on top of this thing that is also inside us, spin so damn hard and so damn fast that we all throw up (but wheeee!  At least we’re losing weight!).

*Yep, I’m looking at you, my photogenic and Brainy friend.